Baránok was dissolved on 27 January 2021, after nearly 3 years of existence. The decision was affected mainly by the resignation of Prime Minister Oľga Bebečková, resulting in fourth government dissolution in two months, but also by the aftermath of the December 2020 coup. The territory was handled back to Slovakia, with the exception of Riparian Woodlands, which was later conquered by Talcon.

Baránok was a relatively stable micronation before the 2020 coup, with one major political crisis in 2019 resulted in unification with Połiak into the Połiak-Baránok federation, which did not last long, however, as another political crisis dissolved it on 23 March 2020. The Federal Republic of Baránok was established then, and the country had no serious political problems. However, on 10 December 2020, several citizens began protesting against the government of K.Č., mainly because of the inactivity of the country. The government was dissolved next day, and another two interim governments were operating before January 2021 parliamentary election was held. Oľga Bebečková assumed office as the Prime Minister after the election.

On 26 January 2021, Oľga Bebečková stated that she would probably resign from the post of PM. The citizens were taking it as a joke and were not worried about it. On the next day, 27 January, Bebečková however really resigned from the post, launching a new crisis. Some citizens stated that Baránok is unstable and the only choice is dissolution. One of those was T.L. (who succeeded Bebečková as PM), who had already unsuccessfully attempted to dissolve the country in September 2020. Later, most of the citizens agreed with the idea, and a voting of the Federal Assembly approved the dissolution with immediate effect. Although it was obvious for a long time that Baránok is going to collapse soon, the dissolution act was a quick and a rather unexpected move from the state officials. 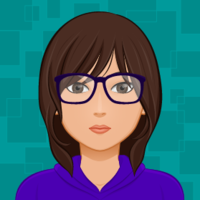 Oľga Bebečková, whose resignation as Prime Minister was the catalyst for the events of the dissolution.

Most of Baranese citizens retired from micronationalism following the dissolution, but a few of them established the Empire of Talcon on 28 January 2021. M.B. stated that when coronavirus will end, he will re-establish Baránok. In April 2021, Baránok was de facto re-established as a part of the Confederation of Baránok and Talcon. Several attempts to fully re-establish the country were made since then, but failed.