The Constitutional Republic of Eintrachtia (also known as C.R. Eintrachtia), commonly referred to as Eintrachtia (C.R.E. or CRE), is a micronation with territorial claims in Portugal, Australia, United Kingdom and Antarctica. Until 2022, Eintrachtia had about 25 "citizens". Eintrachtia is a self-claimed sovereign state without being recognized by any recognized national government nor the UN, making it a micronation.

The name "Eintrachtia" comes from the original word "Eintracht" which means "Concord" or "Unity" in German. The original name "Eintracia" has cut the "ht" for better pronunciation, it changed back to Eintrachtia in 2022 during the Constitutional Republic Reformation to remind people the native language of which is German, as stated in the official website of Eintrachtia.

Even though Eintrachtia has always been called a "republic", throughout its history, Eintrachtia has mostly been a Constitutional Monarchist state. "Republic" is mainly because of the adoption of the "separation of powers" system in the government, making the nation more like a federal republic with a de facto monarch.

Penguins Republic was a confederal republic consisting of the Wilkes State (situated in the Wilkes Land) and a piece of land in the Antarctic Peninsula. The Penguins Republic had King John I as a de facto leader, but no official Prime Minister or Chancellor of state was elected until the establishment of Eintrachtia, so the King held the work of the Chancellor, making the King also the Chancellor of state.

In 2020, King John changed the name of the state to "Eintracia" from the German word "Eintracht" meaning unity and concord. Eintracia begin to expand its overseas territories to Portugal and the United Kingdom in July 2020, making those territories as "colonies". On 30th May 2021, the Government of Eintracia decided to move the location of the capital, Concord, from the original location in Wilkes Land to the small territory in Setubal, Portugal. On the same day, the Constitution was officially passed after 4 years of the establishment of the micronation, forming the Constitutional Republic of Eintrachtia.

In April 2022, representatives from Eintrachtia held a summit with President Cyrus of Cyrance through an online meeting; both nations signed the Concord Pact, saying the mutual relations between Eintrachtia and Cyrance is unbreakable, and that both nations share similar democratic values and further alliance will lead to future prosperity of both, enhancing the economic and other potentials of both nations, making Eintrachtia the first ally of Cyrance.

Eintrachtia is a micronation with claimed territories in Australia, United Kingdom and Antarctica. It largest claim of land is in Antarctica, with an area of about 650,000 km² (250,000 sq mi). The capital city Concord is currently situated in Setubal, Portugal. The overall climate of Eintrachtia varies across different territories around the globe. Climate in Concord is warm in summer, and cool in winter. 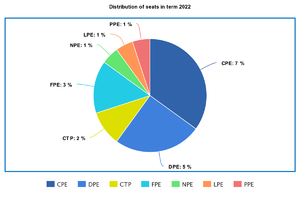 Distribution of seats in term 2022

This list holds the most recent laws and acts passed by the Parliament.

the economy of Eintrachtia is a free-market economy. The main income of Eintrachtia's economy is from NFT investments, alongside with various others such as YouTube, etc. The GDP of Eintrachtia increased by 17.9% last year, relatively high due to its small population.

Flag of the Eintrachtian Antarctic Territories

Eintrachtia has distant territories all over the globe in Portugal, the United Kingdom, Australia and Antarctica, with the largest of which in Antarctica spanning over 650,000 km² (250,000 sq mi). Territories are divided into administrative counties.

Flag and Coat of Arms 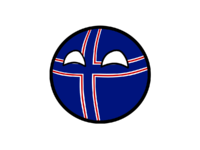 The flag of Eintrachtia was designed in October 2020 and was officially adopted in 9th December 2021, it features a red, white and blue Nordic styled cross (i.e. a horizontal cross extending to the edges with the crossbar closer to the hoist than the fly.) The color sequence is blue, thin strip of white, thin strip of red, thin strip of white, blue. The flag of Eintrachtia is also featured in the shield in the Coat of Arms, the arms also features a king penguin, the national animal and bird of Eintrachtia, a heraldic lion and an eagle standing on top of the arms. At the bottom is a ribbon featuring "Deus Benedicat Patriae", the motto of Eintrachtia, which means "God bless our country" in Latin.