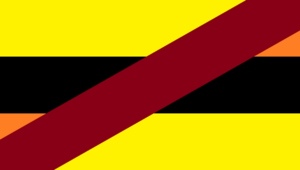 The Communism of Draconia, or 'Draconia', for short, was a small, militant micronation in Tulare, Califiornia, U.S.A. In its short history, it was involved in numerous wars, many viewed as scandalous and pointless by the micronational community.

Draconian history is composed almost entirely of wars and cold wars, of which there were four total. They are as follows:

The Draco-Alex wars began in 2008 and ended in 2009 in a victory for the Communism of Draco.

The Draco-Cliff War was a territorial conflict fought against the Democratic Republic of Cliff Island. The Draconian Republic had requested assistance from one of their allies, the DRCI, in what was winding up to be a war against Danesland. When the DRCI refused to give support, the Draconian Republic turned its attention away from Danesland to declare war upon its former ally, the DRCI. The war ended with the signing of the Treaty of Peace and Alliance.

This war began with the Draconian Republic declaring war upon several micronations upon the accusation that the micronations in question were "not serious enough." The Republic had threatened to completely destroy these micronations and then proceed to annex the states and all of their peoples, with no way for the citizens to terminate their citizenship. The response of many in the intermicronational community was to place embargoes upon the Draconian Republic. Motions to remove Draconia from the community were in full-swing. Among the nations that the Republic declared war upon were the Republic of Egtavia and the Empire of Progle.

In an attempt to shrug off the looming deletion/locking of their micronation's page, the government quietly changed the name of the micronation into the 'Communism of Draco' under the guise of having had a "revolution.". However, it did not take long for other micronationalists to figure out what had been done. The new page was soon nominated for deletion as well, whilst the old page, the Draco Republic, was condemned to being a redirect page. The government also removed its flag from its main page at this time.

Draconia has always been a communist republic. The government claims to have copied many of its philosophies and policies directly from both the Soviet Union and North Korea, but other communist micronationalists have disagreed.

Universal Suffrage had been granted to all citizens of Draconia. Voting had not been required, but was most certainly encouraged. The Draconian military was responsible for the keeping of order in the state.

Draconia's military was a small, well-centred army. It had branches specialized for land-based combat and for sea-based combat. The Draconian navy consisted of a few light ships. 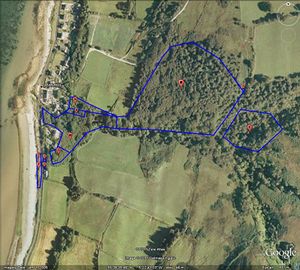 The land claims of Draconia

Draconia's land-claims were mostly on extrasolar planets, but some were here, on earth - specifically in Tulare, California.