From MicroWiki, the free micronational encyclopædia
Jump to navigation Jump to search
For the highway in Belcity, see B3 (highway).

(Left to right): National flags of Posaf, Iustus and Millania—the B3 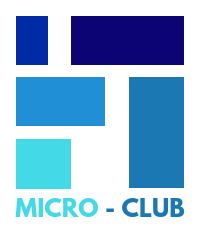 The B3 (an acronym for Big Three) – also known as the B3 Alliance – was an informal diplomatic alliance between the micronations Posaf, Iustus and Millania. The B3 later became known to the MicroWiki community as the three most influential micronations on Discord in mid-2018 before the creation of MicroWiki@Discord. Members of the 2018 Intake, the B3 all held close diplomatic relationships amongst each other, and their national leaders, Nicholas Randouler, Austin Jaax and Nicolás Millán respectively, held close personal friendships.

The leaders first met via their entry into the United Micropact between January and March 2018, an intermicronational organisation that Posaf had founded. Posaf and Millania first formed the Tri-Alliance with another micronation, Danatia. However around late February, with the decline of Danatia and its successor states, Posaf and Millania formed a new alliance with Iustus and named it the B3 Alliance. As a form of diplomacy, Randouler, Jaax and Millán all exchanged citizenships with each other and became active in each micronation's politics. Due to their close friendships, they were each able to obtain high profile positions.

After their joint creation and running of the Discord server MicroClub on 27 May, it quickly became the largest Discord server in the MicroWiki community, and helped revive activity amidst the community's inactivity crisis. The server influenced the creation of MicroWiki@Discord and the MicroWiki community's move from Skype to Discord, which in-turn revived the community. After MicroClub consequently became inactive in late 2018, Posaf, Iustus and Millania remained close allies, on occasion still referring to themselves as the B3, and they nevertheless remained influential in the community. However, their activity – particularly that of Millania and Iustus – and subsequently influence declined throughout 2020. Since the de facto dissolution of Posaf in 2021 due to the death of Randouler, the B3 no longer exists.

All micronations of the B3 were at some point member states of the Micronational Olympic Federation, which Posaf had also founded, and the Grand Unified Micronational. 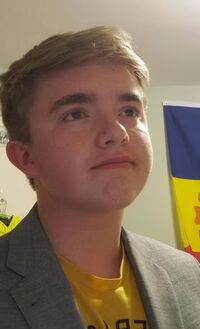 The B3 traces its origins to the United Micropact, an intermicronational organisation founded by Posaf on 7 January 2018. Millania became a member state on 10 January, and Iustus somewhere in March. Jaax and Randouler first met on 3 March.[1] Together with Danatia, Posaf and Millania formed the Tri-Alliance. However around c.March, with the decline of Danatia and its successor states, Posaf and Millania formed a new alliance with Iustus called the B3 Alliance. Randouler, Jaax and Millán all exchanged citizenships with each other as a form of diplomacy, and shortly after began taking high profile political positions in each other's micronations.[1] Members of the 2018 Intake, their primary form of communication was instant messaging platform Discord. On 27 May, they collectively created and administrated the Discord server MicroClub. Within the next month, it became the largest micronational Discord server in the MicroWiki community, overtaking the activity of several inactive Skype chatrooms. Due to this, the B3 also became known to other micronationalists as the three largest micronations on Discord.[1] On 17 September, in an initiative led by Anthony Clark, the MicroWiki administration created MicroWiki@Discord as an official Discord server for the community. It quickly amassed members, and overtook the popularity of MicroClub. MicroClub subsequently and gradually became inactive.

The term B3 fell out of common usage, however the B3 still referred to themselves as such on occasion. Randouler died on 3 June 2020 due to an intracranial aneurysm, which resulted in an outpouring of grief in the MicroWiki community and the B3. Posaf, Iustus and Millania all declared periods of national mourning.[2] As Posaf had fallen into disarray, the 2021 MOF Games (which Posaf had been scheduled to host) were voted by the MOF Commissioner Council to instead be co-hosted by Posaf, Iustus and Millania (then known as El Dorado) as the "B3 Cooperation 2021". Although after several delays, none of the three host micronations inevitably participated in the games. After several unsuccessful attempts to keep Posaf active, including those by Jaax and Millán, Posaf finally de facto dissolved in 2021; this essentially marked the end of the B3.