Aniq Sufyan a (born 2 May 2009), also known by the initials AS, is a Singaporean micronationalist who is serving in many positions, most notably as President of Richensland since 22 October 2021 and from 18 November 2020 to 23 August 2021, as well as the nation's minister of Atomic Energy, National Affairs, Justice and Citizenship Attainment. He is seen as the driving force behind the existence and day-to-day administration of Richensland.

As leader of Richensland, Aniq is the person with the most authority in the nation, controlling almost every aspect of the nation's policymaking. A de facto strongman, he has ruled Richensland as an authoritarian regime. He has appointed friends and relatives to various positions in Richensland.

His name, Aniq Sufyan, is his personal name assigned at birth. It is, as with other muslim names, patronymic and includes a bin (otherwise known as ibn) with means son of though his father's name is unknown as Aniq currently keeps it private.

He should be refered to by his given name, Aniq, instead of Sufyan unless to distinct him from someone else of the same name, in which both are usually used simultaneously.

His name is sometimes misspelled, though the official spelling of his name is A-n-i-q S-u-f-y-a-n and not S-u-f-i-a-n to name an example, which may be a cause of annoyance.

Not much is known about Aniq's personal life. It has been made known that he was born on 2 May 2009, roughly at 10 in the morning at Mount Elizabeth Hospital and has one sibling. He lives in Sjerelyslau, Richensland's official capital and has shown profound interest in politics since a young age. Aniq keeps a low profile on social media.

Since a young age, Aniq had already been interested in the idea of building his own nation and the general idea of nation-building. With the knowledge that he had and created his own 'nation', which was more of an amateur micronational experiment to test out various methods of governance that would best fit his 'to be' micronation.

It would be about another two years and he would find out about 'micronationalism' and micronations in general, including Microwiki.

Meanwhile, Aniq founded the Koldova Nation which existed for some time. This questionable 'micronation' existed in a period of political instability. It had no defined government nor did it claim any territory other than an apartment in Singapore which moved location once. Koldova did not have any sophisticated government–related systems, even a constitution was not drafted. Koldova was not formally proclaimed as a micronation, a reason the incumbent government of Richensland does not regconise Koldova as a micronation.

In 2018, Aniq became friends with S. Thanukshan. In 2020, they founded Richensland (as a monarchy) on the 13th of August by renaming the already existing Koldova, planning a system of governance and formally declaring the nation's founding. As a result, both of them are regarded as Richensland's founding fathers. 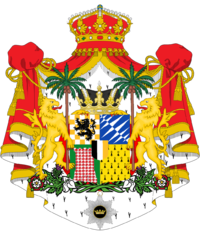 Coat of arms of the Kingdom of Richensland

In this newly established monarchy, Aniq declared himself the monarch, taking the style of 'His Majesty' and ascending the throne of the nation as the first (and only) King of Richensland. Aniq appointed S. Thanukshan as the nation's first prime minister.

During his reign, Aniq would take the premiership for himself, before passing it on to S. Thanukshan again. However, Aniq became prime minister again, before stepping down and handing the premiership to his younger brother, who became prime minister in an acting capacity for a day. He was succeeded by M. Ryan. Aniq's reign was also marked by political stagnation and slow population growth as a result of the isolation of his regime. Although Richensland was a constitutional monarchy, it was in actual fact an autocracy with Aniq ruling as a de facto absolute monarch. His reign could be compared to the rule of Nicholas II of Russia. The lack of an existence of a legislature and a proper judiciary during that time further suggests as such.

Nevertheless, after a 5 month reign, Aniq was overthrew in the bloddless and rather peaceful 2020 coup d'état. Aniq took no actions to stop the coup and thus, it was successful.

Then prime minister M. Ryan (who allegedly orchastrated the coup), declared himself the first and inaugural president of Richensland. This effectively abolished the monarchy. 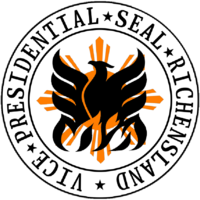 Since Aniq was simultaneously the Guardian Leader of the Nation (protector of Richensland's existence and integrity) at that time since Richensland's establishment, Aniq was appointed as the first vice president of Richensland to aide M. Ryan with the state's governance, a position which Aniq accepted.

Nayli Aleesya stepped down from her position a few weeks after. In order to fill up the newly formed vacancy, prime minister Rifqi Hanif was also appointed vice president. This would be the first time Richenslanian would hold the vice presidency and premiership at the same time.

On 8 January 2021, Aniq approved of a temporary constitution for Richensland. It would be in effect until 2 May later that year.

On 2 May 2021, Aniq ended the PSR and established the Most Serene Republic of Richensland (Second Republic) through Proclamation No. 862. The proclamation also created the Executive Directory, a council of 5 members who served as Richensland's collective head of state. They were mandated with the task of drafting the 2021 constitution of Richensland. Aniq and Rifqi remained president and vice president respectively, but with reduced power.

Members included Aniq and Rifqi, M. Ryan, Nayli Aleesya and S. Thanukshan. Aniq assumed the role of Speaker of the Parliament of Richensland as well. The position of prime minister fell vacant.

On 6 September 2021, Aniq appointed fellow friend, Tizian Aruna as Richensland's inaugural alternate prime minister, a post similar to that of a deputy prime minister but one that outranks said office. Other than that, Aniq also made Tizian a member of parliament as well as a citizen and a member of his party, the Nationalists, later the Richenslandic Development Party.

In the micronational discord community, Tizian is notorious for his unjustifiable actions of raiding, spamming and nuking discord servers. This did not bother Aniq as he need not care as much for Tizian's actions as he wanted to remain vague on the subject. It is also noted that Tizian had done good deeds towards Richensland, thus giving Aniq a reason for Tizian to be rewarded with such high office that at that time did not have much power, a practically useless post as it did not have any function. That was until after the 2021 Richenslandic general election, which resulted in a coalition coming into power, for that was when the post actually had any significant role in government.

Soon after the Cycoldian takeover of the nation, Tizian left Richensland's discord server, most probably as a sign of protest and to also flee from anti-Almendrian nations, one of which is the Grand Republic of Cycoldia, which had included Tizian's removal from office as a democratic 'reform' when they were involved in the nation's politics. 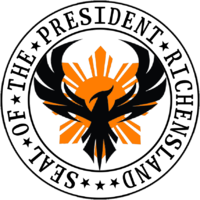 Aniq's second term as president started on 22 October 2021, after he took over from Rifqi. The most plausible reasoning is that Aniq wanted to steer the nation through its though times and resist 'cycoldian occupation and agression'.

A month later, Aniq abolished the premiership and the status of chief executive was handed to the president. Aniq also introduced the current 6 year unrenewable term limit for the presidency.

After months of resistance, Aniq negotiated with the Cycoldians an agreement that made Aniq's government the legitimate government of Richensland, thus freeing Richensland from foreign interference. The agreement was signed on 5 December 2021.

This ushered in a new period of history for Richensland. Now in its third republic, Aniq was focused on stabilizing the nation as to unsure that the system does not collapse.

On 1 January 2022, Aniq issued Proclamation No. 17, which amended the constitution and installed a reviewed version of the constitution. This newly revised constitution reestablished a legislature for the nation, as well as abolishing secularism. Richensland was made much more religious under the constitution. Aniq also took on the office of Chairman of the Council of Presidential Advisors.

In addition, Aniq took initiatives to ensure the equality of simulational micronations as well as 'Discord' nations. After realizing a huge discontent with micronations, especially those in the reddit sector, Aniq took steps to ensure no discrimination against them.

An example would be the Republic of Zarkyiv. After the raid of Zarkyiv's discord server (which caused an outrage in Zarkyiv), Aniq has offered Zarkyivian president Manggala Alif Prasetia help to rebuild his nation.

Aniq has also proposed a creation of an organization to support such micronations. However, no progress has been made as of 22 April 2022.

Logo of the Grand Unified Micronational

Originally, Aniq favoured a policy of "friendship with all micronations". However, due to the relative isolation of the Kingdom of Richensland, the country did not get a head start to establish relations which most micronations already did.

This continued until the establishment of the First Republic (PSR), when Richensland adopted an "outgoing" foreign policy, which was to fulfil Aniq's initial foreign policy. This backfired when Richensland pursued actions which did not quite please the intermicronational community (particularly the Grand Unified Micronational, in which Aniq was banned from their discord server), which led to a diplomatic crisis. Relations with other nations have been bitter since, though slowly the effects of the aforementioned crisis are disappearing. 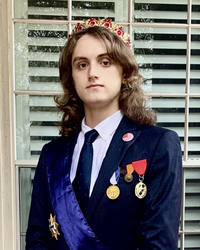 Another factor to Aniq's foreign policy was the cycoldian involvement. Originally a harmless agreement with the cycoldians to supervise Richensland's slight democratic reforms, it became relatively sour after the cycoldians wanted a restoration of a "monarchistic" Richensland. Long story short, there were several other factors that led to the dispute of Richensland's government. Coincidentally, Ela'r'oech was also having a dispute with the cycoldians but it was about their monarchy instead of their government. Finding common ground, Richensland decided to support the carolusian side of the dispute, which ended up as the victor. Such an action exposed Richensland to micronations who support the same side of the Elarian dispute, who, after coming to learn about the nation, expressed their intentions to establish relations with Richensland, which was accepted.

Although Aniq initially intend to not hold any political offices in Roscamistan, then President of Roscamistan Adam Flannery appointed Aniq as a senator from the province of Audoù-an-Arvor on 18 April 2022.

Affiliating himself as an independent allied closely with the United Party, Aniq was further appointed as a minister without portfolio and Second Secretary of State in the Third Brotherton Cabinet by president Andrew Brotherton on 15 May 2022.

Aniq is credited with the development of the Revbertist ideology.