From MicroWiki, the micronational encyclopædia
This is an old revision of this page, as edited by Somebody (talk | contribs) at 09:28, 14 April 2022. It may differ significantly from the current revision.
(diff) ← Older revision | Latest revision (diff) | Newer revision → (diff)
Jump to navigation Jump to search

{{This article refers to defunct projects and a nonexistent person. 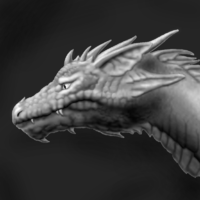 There are no portraits or pictures of Taninim Long, also nicknamed "the Dragon of Alaurentia".

Taninim Long, sometimes nicknamed "the Dragon of Alaurentia", is known for his leadership of the Confédération Micronationale du Québec.

Taninim Long has been rather active on various social platforms, where he has met many micronation leaders from all around the world. The messages, publicly available, can tell us a few clues about Taninim Long's life. We for instance know he is male, and that he was born in Quebec, though his exact age has not been disclosed. He has spent his childhood in poverty. He has criticised the society he grew up in, calling it a society of "slaves to a clock", where people are forced to work and waste precious time, instead of spending this time freely and with people they love. In his youth, he described running after bullies, in his anger to end discrimination against the weakest.

Taninim Long was allegedly involved in Asgardia. After which he rebelled against Asgardia, forming a dissident movement. Seeking to end social issues such as poverty, Taninim Long reformed the dissident movement into a new micronation, Alaurentia, based on the Laurentian bioregion. According to his public letter to Her Majesty the Queen Elizabeth II, Taninim Long has Native American blood. Claiming the land of his ancestors, he seeks to protect the environment and the local cultural movements there, but also to solve issues such as poverty, and to promote innovation and technological advancements.

He publicly criticised Canada's Carbon Tax, expressing concern that such an action would actually encourage future Canadian governments to do business with polluting corporations, since such corporations would generate more revenues for the Canadian government. He however also criticised Quebec's Bill 21, calling it a violation of the freedom of expression. During 2020 he became a vehement opponent to both Canada and the Quebec constitutional monarchy. As a result, after 8 years of experience in micro-state politics, he founded the Confédération Micronationale du Québec, a democratic republic.

He is also involved in the Federation of Pangaea social platform.

In an interview for the Elysian Mark blog, Taninim Long explained that in mythology, dragons are considered the protectors of Nature, and the guardians of her forces. Therefore, this name is a reference to his goal of protecting local wilderness and the endangered species that thrive there.