The Socialist Republic of Quezon was founded on 12 May 2020 by Matt Martinez Feingold after switching government from a democracy. 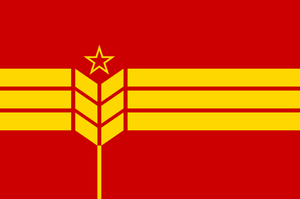 This was the dark area for the Quezon. Members left and server activity dropped to a low level. It looked like Quezon would die.

General Secretary Matt Martinez Feingold came back to pick up his micronation back from the ground. A new member called Narodnaya Volya has been picked as the new premier. So far the future of Quezon looks bright but the future will tell us soon.

The Idolobha Pact was created by Umhlabistan Empire and Socialist Republic of Quezon. It was created to make peace among its members and to grow with the help from each other.