From MicroWiki, the micronational encyclopædia
This is an old revision of this page, as edited by ZabëlleNB (talk | contribs) at 04:40, 28 February 2021. It may differ significantly from the current revision.
(diff) ← Older revision | Latest revision (diff) | Newer revision → (diff)
Jump to navigation Jump to search

On June 22, 2010, Barrington and the Socialist Republic of Murrayfield merged. This meant that only one micronation remained in existence in Hull, after peaking at 7 during 2008.

The first of these Hull micronations, Stigistan, was formed on September 17, 2008 by Joe Foxon, who got the idea to start it after watching How To Start Your Own Country. This led to a number of copycat formations withing his school, and Danburnia, Tozland, Kirbland, Lalaland, Lesbo's Land, Jonnyland and the Kingdom of Murrayfield were all formed within the next four months.

Joe Foxon was a controversial leader in Stigistan and his dictatorial tendencies led to many citizens breaking away to form new micronations. The month immediately after Stigistan's formation saw the creation of Danburnia and The Land of Toz Boz. Danburnia was a serious project run by Daniel Blackburn, while the Land of Toz Boz, which later became Tozland, was a joke nation created for the purpose of creating Table Tennis leagues. Eventually, all three grew in seriousness and Countries United in National Trade was set up to aid diplomacy with other nations. Daniel Blackburn and Harry Meek decided to form their own breakaway organisation called Hontui Islands in Peace, which was not as successful.

The reasonable success of these nations led to several joke nations being formed in Hull, such as Kirbland, Lalaland, Lesbo's Land and Jonnyland, but all of these disbanded within a week.

In January 2009, Countries United in National Trade merged with Hontui Islands in Peace to form the Grand Unified Micronational. Later that month, the Socialist Republic of Murrayfield was formed when Ben Lawson resigned as Vice President of Stigistan.

In February 2009, Stigistan was renamed Barrington.

In April 2009, Ben Lawson accused Joe Foxon of 'illegally interfering with the affairs of the Socialist Republic of Murrayfield, claiming that Foxon tried to 'force' him to remove his Communist government. Foxon denied the charge, but was found guilty in a trial he claimed to be 'rigged by Robert Lethler'. Barrington were expelled from the Grand Unified Micronational and joined the Organisation of Active Micronations in protest of this decision.

About two months later, in a conversation between Foxon and Lawson, Lawson admitted that Foxon had done nothing wrong and that he was forced into pressing charges by Robert Lethler [Dubious] .

On August 25, 2010, Joe Foxon resigned from the Liberal Party and terminated his citizenship, throwing the nation into disarray. Ben Lawson and James Goodison claim this action was illegal, although free movement is allowed in and out of the nation. Later that day, Foxon decided to withdraw his signature from the merger agreement and claim back Barrington and Tow Law in order to reform Stigistan.

The Government of the Republic of Wyke released a statement saying that they didn't declare the termination of citizenship illegal but the pulling out of the merger without attempt at negotiation.

The Government is made up of six Members of Parliament. The MWPs are elected using a First Past the Post system in six different constituencies. 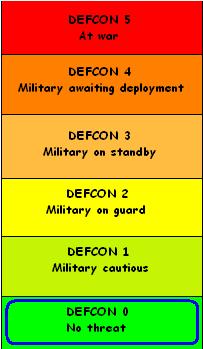 Football is the most popular sport in the Republic, with the national team entering the 2013 MFA World Cup.

Wyke finished fourth in the 2010 Intermicronational Chess Championship after Joe Foxon terminated his citizenship and resigned from the tournament.