From MicroWiki, the micronational encyclopædia
This is an old revision of this page, as edited by Spoonfork (talk | contribs) at 22:17, 4 January 2021. It may differ significantly from the current revision.
(diff) ← Older revision | Latest revision (diff) | Newer revision → (diff)
Jump to navigation Jump to search 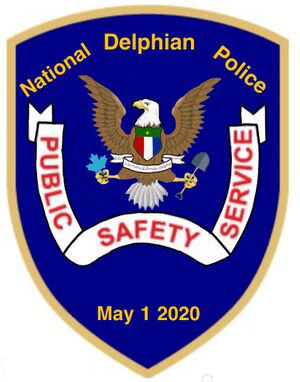 The role of the National Police Force is to protect and serve Delphian citizens and enforce Delphian law. It also serves as border patrol

During the George Floyd riots, Delphia set travel restrictions on the twin cities. The NDP guarded the border along the Delphian army.