Alliance of the Micronations

From MicroWiki, the micronational encyclopædia
This is an old revision of this page, as edited by NotAWalrus (talk | contribs) at 20:43, 18 October 2021. It may differ significantly from the current revision.
(diff) ← Older revision | Latest revision (diff) | Newer revision → (diff)
Jump to navigation Jump to search 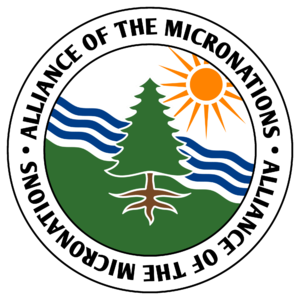 The Alliance of the Micronations more commonly referred and known as AOTM is an international micronational organisation based on world peace for the greater good of all Micronations. It was founded on Thursday 3rd June 2021 by the Kingdom of Salanda. Currently it has forty-nine members and two observers.

The alliance was founded by the Kingdom of Salanda on the 3rd June 2021. After foundation, the now defunct Republic of Tuse joined.

The AOTM was defunct for quite a while but was revived on Friday 17th September 2021. The alliance is split into many different organisations including Nature and Environment, Social and economic etc. The alliance seeks for members as it’s purpose is to bring peace and bring alliances among the micronations to improve the world.

Membership is attainted by going to the Discord server.